DC Comics will be showing less of Kara Zor-El AKA Power Girl, the Supergirl of Earth 2. The blonde bombshell closes her trademarked boob window in Earth 2: World’s End #16

Earth 2 Superman dies sacrificing himself to stop an invasion by Darkseid. Kara takes a moment to hold an impromptu funeral for Kal-El, who raised her with Lois Lane as his own daughter. She is consoled by Lois in the robot body of Red Tornado. Lois gives her the piece of his costume containing the iconic Superman symbol, which is the family crest of the House of EL. It magically merges with her costume as though it was always meant to be.

Power Girl previously refused to close the boob window until she found the perfect symbol. The feisty feminist went so far as to claim it was sexist to suggest she wear a version of the symbol of her male counterpart.

DC Comics eventually did an ill-received costume redesign that was quickly reversed. This alteration looks to have more staying power both in appearance and backstory. 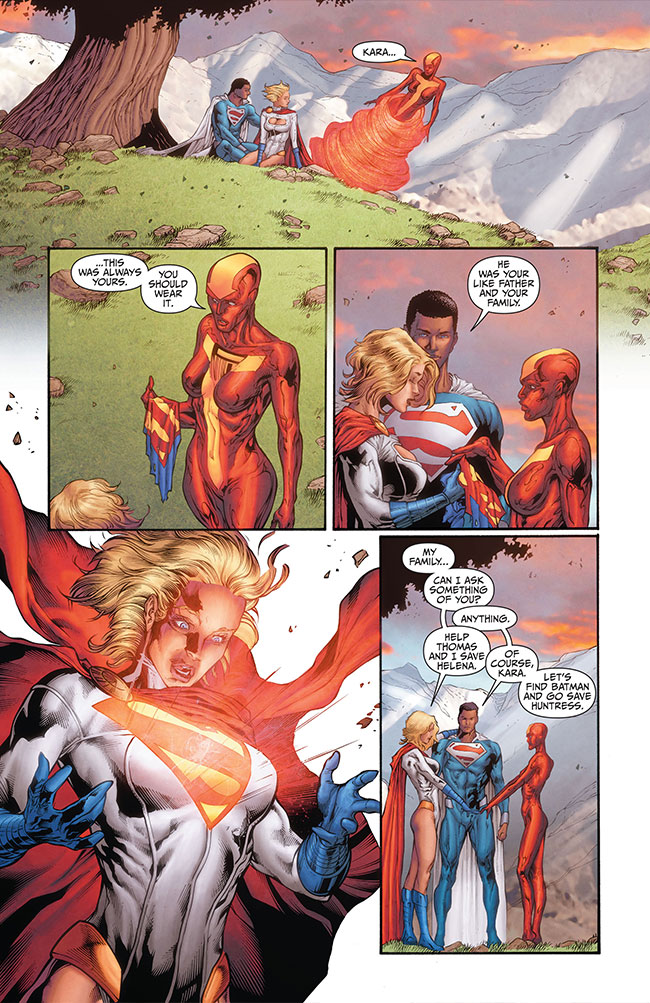